As a family business our passion for flight runs deep

We have a long history of flying passengers and training pilots and we're not stopping anytime soon.

Read the history of Mainland Air, from its humble beginnings and turbulent challenges to becoming a world-renown aviation college and charter airline. 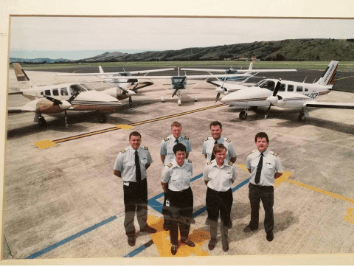 Our Story Starts in 1991 with Tim and Bronwyn Fleming. The couple started Mainland Air as a charter and flight training school. They had 2 Senecas and 3 Cessna trainer planes.

Not long after the start of Mainland Air Tim and Bronwyn moved on to other adventures and Jeff and Holly McMillan bought Mainland Air.

The same year that the McMillans bought the company they landed a contract with New Zealand Post. From 1995 to 2006 the airline operated courier flights between Dunedin and Christchurch.

In 2000 Chris Kelliher and Jason Jackson became the third owners of Mainland Air. Along with acquiring the business they began a contract with the Southern District Health Board to carry out Air Ambulance Patient Transfers. This contract lasted for 20 years.

2005 was a big year of changes for aviation training in New Zealand and Mainland Air. This was the first year student loans became available for aviation students, a big help for beginning their journey in the industry.

Mainland Air had two big wins in 2005. First, Mainland gained an NZQA accreditation for level 5 Diplomas in Aviation and second, Mainland was the first aviation school in New Zealand to install a CAA approved flight simulator.

At this time there were 10 domestic students and the first international students were yet to arrive. 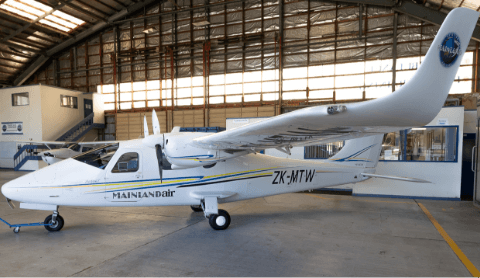 One of the first acts the Paterson's made was to buy a new Tecnam P2006T for twin-engine flight training. The Tecnam is still used frequently today!

2013 was a fateful year for Mainland Air. The Paterson's were looking to sell the business and their chief pilot at the time, Phil Kean, had always dreamed of owning an airline business. And so it was that Phil and Shirley Kean were the new owners of Mainland Air. 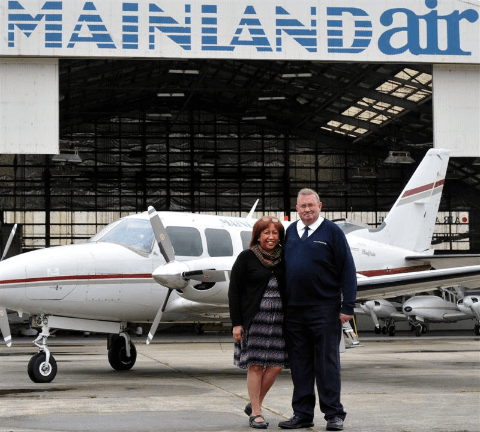 In 2019 the Tecnam and Cessna 172 were upgraded with G1000 setups making them TEA (Technically Enhanced Aircraft).

Today, Mainland Air is one of the top aviation college's in New Zealand.

Our skilful instructors, excellent fleet, supportive environment and superb culture are the products of years of love and passion for aviation.

Mainland Air is the place to kickstart your career in aviation, begin the trip of a lifetime - or both! 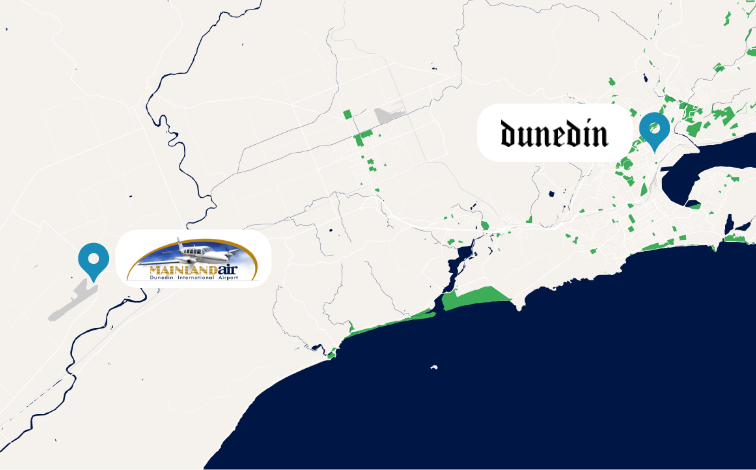 Where can you find us?

We're based at Dunedin International Airport, only a 25 minute drive from the Dunedin CBD. Come out and have a trial flight or charter a plane to Queenstown for the day, we'd love to see you!

Take to the skies